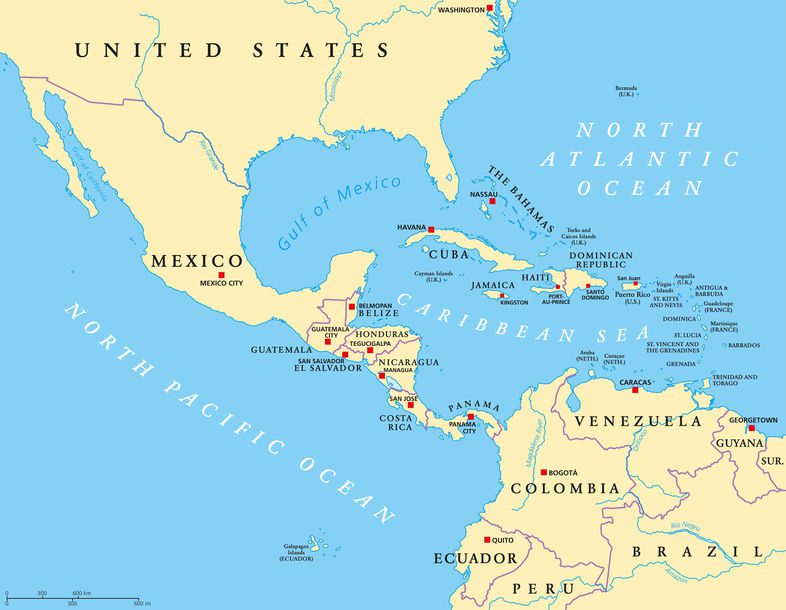 Operators in the Americas region have had to manage projects and mitigate the effects of COVID-19 through severe production cuts and reductions in investments. As opposed to other countries with established oil and gas sectors in the region, Brazil successfully managed to keep 2020 production increasing, while Venezuela’s oil and gas industry seems to be deteriorating every year. Meanwhile, the U.S. accounted for the largest share of the overall drop in the Americas, but shale operators are ready to restart drilling quickly once oil price rebounds, says GlobalData, a leading data and analytics company. 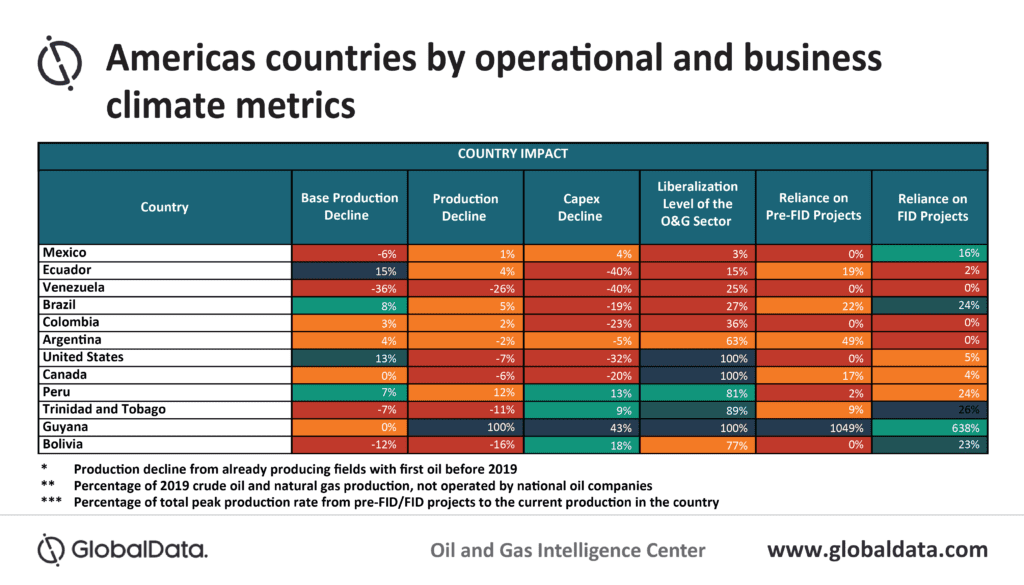 Svetlana Doh, Oil and Gas Analyst at GlobalData, comments: “Most producing countries in Latin America still have a dominant state-owned company and do not involve many private partners in their operations. However, opening up the industry to private partners could help to share the risks and investments in order to maintain the development or construction of projects during the crisis.

“One of the most challenged economies is Venezuela. The Venezuelan national oil company, Petróleos de Venezuela (PDVSA), has seen a negative trend in crude oil production well before the current pandemic impacted the sector. Given the critical economic situation, Venezuelan oil production will continue declining with no indication of change. Last month, only one oil rig operated in the country and production in 2020 is estimated at around 450mbd – a 26 percent drop from the country’s 2019 production.”

Another aspect to consider in assessing the impact is the amount of future production coming from projects with final investment decision (FID) and projects in pre-FID stages in the next five to ten years, which would help to offset production decline from currently producing fields. For example, Brazil’s prolific pre-salt layer has huge upside potential and it is estimated that future projects will be able to provide almost 50 percent of additional production compared to the country’s current levels. Brazil is the only country where production is actually expected to grow at 8.6 percent rate in 2020 compared to the last year.

Doh adds: “Shale operations in the United States contributed more than 80 percent to the production drop in the whole Americas region, since horizontal drilling and fracking is not economical at such low oil prices. However, these assets have high returns in the short-term, so we should be seeing some production rebounding if oil prices remain stable in between US$40-50 per bbl.”

Supermajors Are the Best Companies to Work At