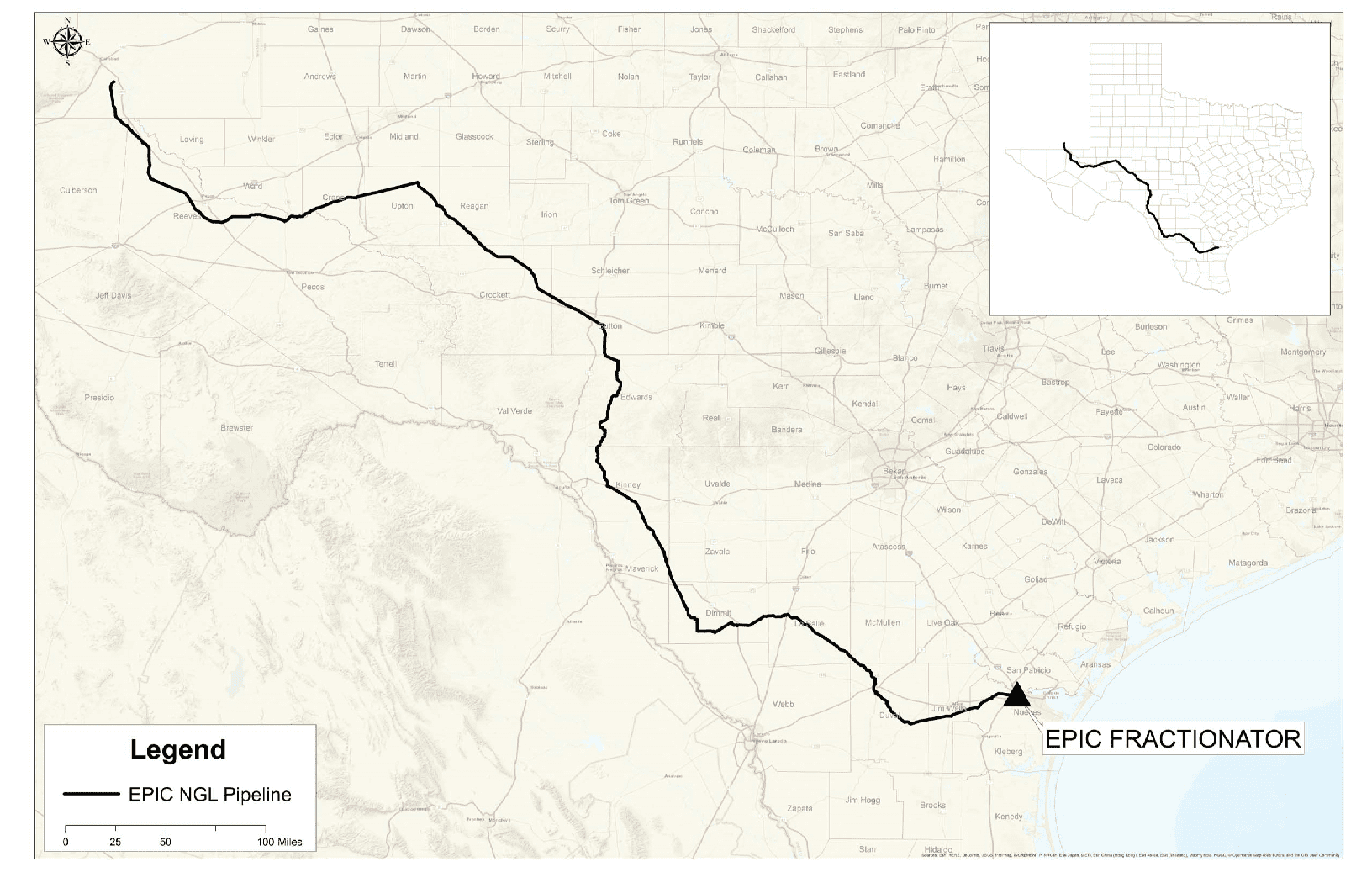 EPIC Y Grade Pipeline, LP, a subsidiary of EPIC Y Grade Services, LP and EPIC Midstream Holdings, LP, today announced that it has signed a definitive agreement with BP Energy Company to anchor a new 650-mile natural gas liquids (NGL) pipeline that will be known as “EPIC NGL Pipeline,” which will link producers’ NGL reserves in the Permian and Eagle Ford Basins to Gulf Coast refiners, petrochemical companies and export markets. The EPIC NGL Pipeline has secured a capital commitment from funds managed by Ares Management, L.P. (NYSE: ARES). The EPIC NGL Pipeline, which has commenced construction, will run side-by-side with the previously announced EPIC Crude Oil Pipeline for most of the route.

The EPIC NGL Pipeline will have throughput capacity of at least 220,000 barrels per day with multiple origin points in the Delaware and Midland Basins. Destinations will include interconnects near Orla, Benedum and Corpus Christi, Texas, where EPIC’s affiliate plans to build a fractionation complex to accommodate the pipeline’s volume. In the fourth quarter of 2017, EPIC will conduct a FERC open season, when interested shippers will have an opportunity to secure firm capacity on the EPIC NGL Pipeline.

EPIC is actively acquiring rights of way, and in some cases, multi-line rights will be pursued to accommodate both EPIC’s NGL and crude oil projects. EPIC plans to have the initial phase of the pipeline in-service in early 2018.

“We are delighted to collaborate with BP, which brings to this project global commercial expertise for both NGLs and purity products,” said Phil Mezey, EPIC’s Chief Executive Officer. “We look forward to providing a straight-forward, independent solution to shippers’ NGL marketing and transportation needs.”

“BP is excited to extend its producer services reach into the prolific Delaware and Midland basins, while at the same time serving the growing needs of the petrochemical and refining sectors along the U.S. Gulf Coast,” said Orlando Alvarez, BP Energy Company’s President and CEO.

“Ares is looking forward to collaborating with the EPIC team and BP on building this important infrastructure project,” commented Nate Walton, Partner at Ares Management.