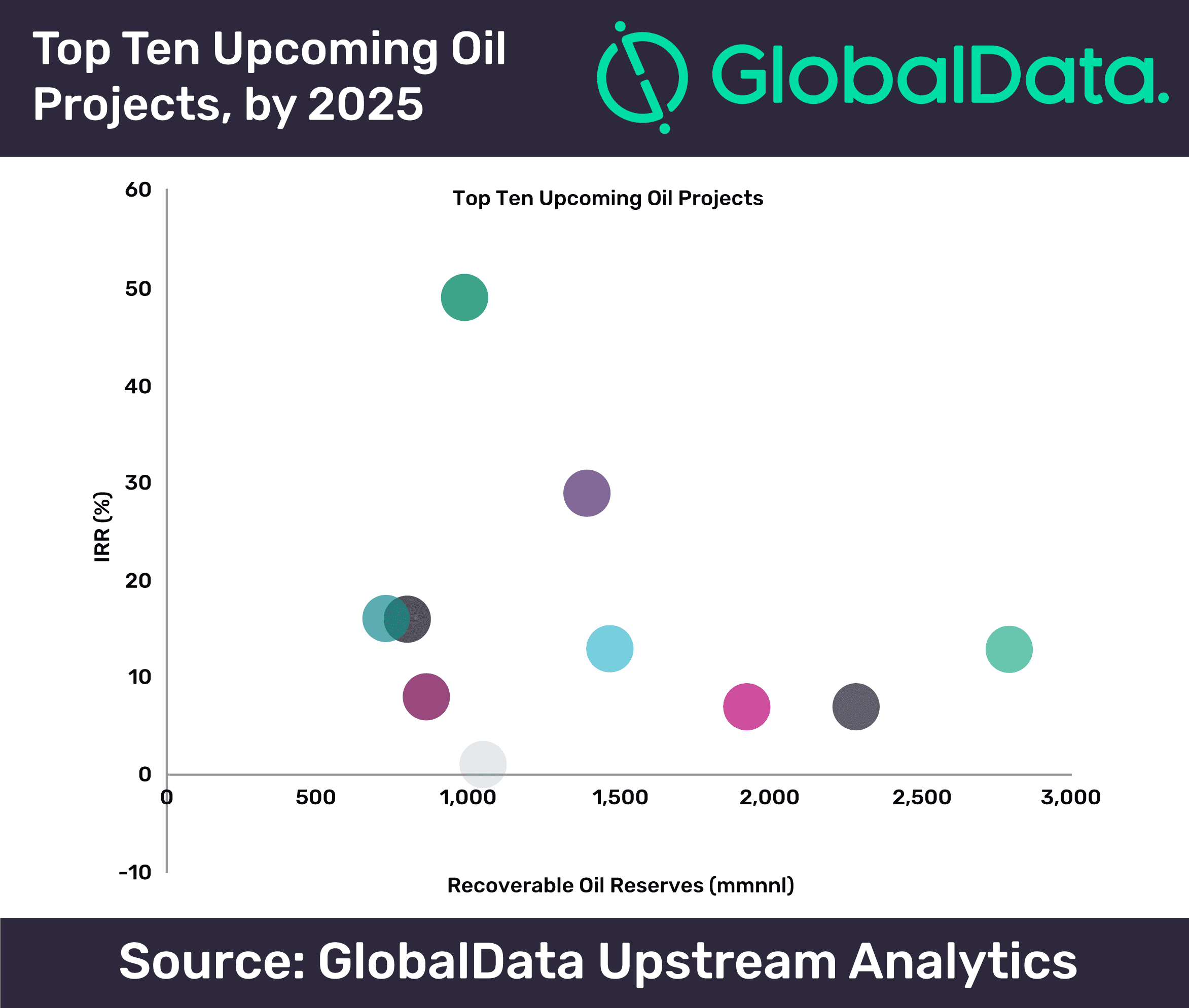 Over $151.5 billion in capital expenditure will be spent over the lifetime of the top ten offshore oil projects to produce 14.3 billion barrels of crude, according to GlobalData, a leading data and analytics company.

These ten projects, selected from 236 upcoming offshore projects globally, will contribute incremental capacity of 1,613,319 barrels of oil per day to global supply by 2025. Johan Sverdrup in shallow water Norway is the largest with anticipated peak production at 600,512 barrels of oil per day in 2024 at an estimated cost of $25.4 billion.

GlobalData reports the average development breakeven oil price for top upcoming offshore crude projects at $55 per barrel, with projects in offshore United Arab Emirates having the lowest breakeven price at $17 per barrel and projects in offshore United States – the highest at $72 per barrel. The company notes that four of the top ten global offshore projects do not meet the return threshold of 10% for internal rate of return, necessitating reductions in capital expenditure, better than forecast reserves recoveries, or better price markets. Ultra-deepwater Carcara in Brazil has the highest net present value per barrel at $4.

GlobalData estimates $151.5 billion will be spent to bring the top ten offshore projects online, with $97 billion forecast by 2025. Libra Central in Brazil leads capital investment with $29.3 billion over its development lifetime, followed by Norway’s Johan Sverdrup and Brazil’s Libra Sudoeste with $25.4 billion and US$24.6 billion respectively. Differentiating for water depth, GlobalData expects full-cycle capital expenditure per barrel of oil equivalent to average $7.6 for shallow-water, $12.2 for deepwater, and $11.4 for ultra-deepwater.