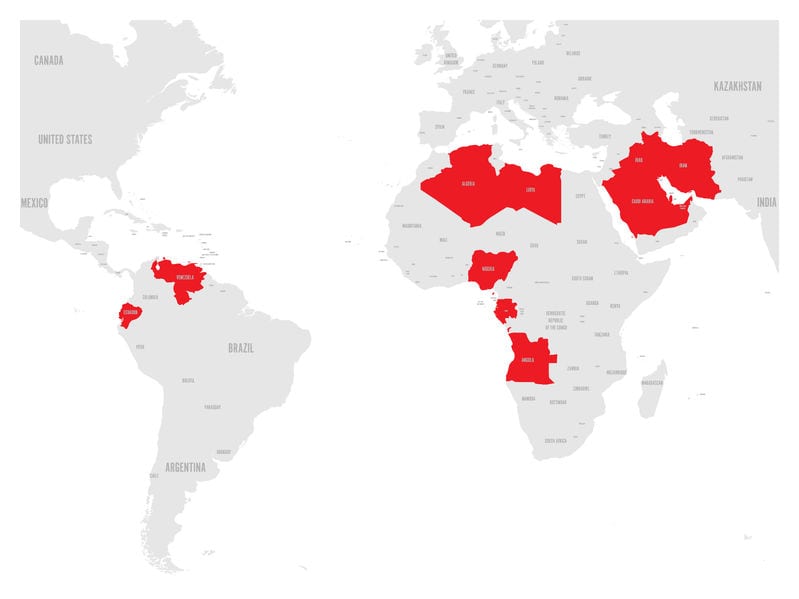 Life in the oil and gas industry became more complicated in recent weeks when at least a half dozen major issues affecting supply and demand came into question.

Last week the Organization of Petroleum Exporting Countries (OPEC) announced it has agreed to increase crude oil production by an estimated 600,000 barrels per day (b/d). Some energy experts predicted that oil prices would decline because of the anticipated added production, but prices increased about 4 percent closing just above $70 per barrel on the New York Mercantile Exchange (NYMEX).

The implementation of sanctions on Iran by the U.S. also will have an expected impact on worldwide supplies. The federal government announced this week that it will begin enforcing the sanctions in November. However, it is uncertain if the two largest purchasers of oil from Iran – China and India – will comply.

Other factors impacting the petroleum industry include the economic and political turmoil in Venezuela, trade agreements with Canada and Mexico as renegotiations continue under the North American Free Trade Agreement (NAFTA), and tariffs on imported steel and aluminum and the potential for a trade war between countries that could impact economic activity and demand for petroleum products.

Rafael Ramirez, the former head of Venezuela’s government owned oil empire (PDVSA), told Bloomberg news that oil production has declined from 3.5 million b/d to 1.5 million b/d and he projects it will decline another 600,000 b/d this year. Once a major exporter of crude oil, Venezuela has been plagues in recent years by mismanagement, he said.

Some oil traders wonder if OPEC can make up the difference in production lost by the decline in Venezuela and sanctions against Iran, which has created a belief that worldwide supplies could be reduced putting more pressure on upward movement of oil prices.
NAFTA is an unknown at this point. Obviously, NAFTA has been a positive for the petroleum industry in Texas. However, the outcome of NAFTA’s renegotiation is not clear.

In recent weeks, the Trump Administration has set tariffs on steel and aluminum from countries even though the domestic petroleum industry objected. Petroleum economist Karr Ingham said the “futures price for U.S. Midwest domestic hot-rolled coil steel has increase by 40 percent from $660 per ton on Jan. 2 to $924 per ton on June 4, including a $30 per ton price jump in one day from May 30 to May 31. Prior to that, prices had increased by 35 percent.”

Chevron CEO Mike Wirth and Exxon CEO Darren Woods also pointed out issues created by the tariffs. “The risk of trade skirmishes or trade wars starts to weigh on people’s perceptions of economic growth in the future,” Wirth said. “From a demand standpoint, I think that’s a risk.”

Woods pointed out that Exxon is involved in many projects around the world, and a trade war between countries could damage the economy and demand for petroleum, which would require re-evaluation of each project.

On the other hand, the Energy Information Administration at the Department of Energy and the International Energy Agency project demand for crude oil worldwide will continue to increase. Both project demand to double by 2040.

The EIA reported on Thursday that domestic oil inventories declined by 9.89 million barrels last week, and oil stored at Cushing, Ok. shrank for the sixth straight week. That news prompted another increase in U.S. oil price to $72.93.