Under the Trump Administration, officials have successfully scaled back many of the unnecessary, burdensome regulations hindering growth of the U.S. oil and gas industry, while at the same time strengthening environmental protections in the United States. Federal entities, such as the U.S. Environmental Protection Agency and U.S. Interior Department, have adopted regulatory practices that favor boosting energy development, promote economic growth, and support environmental stewardship.

President Trump’s American “energy dominance” agenda has helped to restore regulatory certainty for the U.S. oil and natural industry, allowing for continued investment in drilling operations by America’s independent producers. Independents, who develop 91 percent of the nation’s oil and natural gas wells, reinvest up to 150 percent of their cash flow back into new American production, an essential element in supporting the national economy and America’s energy security.

Policies implemented by the Trump Administration have expanded the U.S. economy and opened new doors for environmental advancements, as the president and his cabinet have continued to champion new breakthroughs that keep the environment clean. As stated Monday by President Trump, a strong economy is vital to maintaining a healthy environment. When we innovate, we are able to unleash technologies and processes that make the environment better, while supporting domestic production, taking it away from foreign polluters and bringing it back to American soil.

The environmental leadership of the U.S., including the nation’s oil and natural gas industry, is something that should be praised, not vilified for political gain. The U.S. oil and gas industry is making significant progress in reducing energy emissions as domestic production continues to set new records.

Increasing use of natural gas for electricity generation has also resulted in reductions in the emissions of carbon dioxide (CO2) and criteria air pollutants. In fact, in 2017, the U.S. led the world in carbon emission reductions for the third consecutive year and for the ninth time this century. Since 2000, our nation’s energy-related carbon emissions have declined more than any other country on earth.

Only through a fair, stable regulatory environment has the country been able to accomplish such major achievements, leading to cleaner air and water resources in the United States. Meanwhile, unbalanced policies like the so-called ‘Green New Deal’ – a  proposal announced earlier this year in Congress that would force the U.S. to move away from use of fossil fuels — would have a detrimental impact not only to the nation’s energy supply, but also harm the economy, all while hindering important advancements and innovations pursued by U.S. companies to help the environment.

Additionally, the United States today continues to dominate as a global leader in environmental success. Although the United States withdrew its participation from the Paris Accord two years ago, America still is making great strides to improve the environment and protect our natural resources. In all likelihood, the U.S. will still satisfy the commitments required under the Paris Agreement without spending tens of billions of dollars on other countries that do not have our same commitment to environmental standards. Since 2005 – the starting point for the Paris Climate Accords – total U.S. greenhouse gas (GHG) emissions have dropped by 12 percent and total GHG emissions from fossil fuel combustion have decreased nearly 15 percent. Meanwhile, every one of the signatories of the Paris Accord lags behind America in overall emissions reductions.

President Trump’s pro-energy agenda has supported record levels of domestic production, strengthened the economy and improved national security, while decreasing our nation’s dependence on foreign sources of oil and natural gas. The Affordable Clean Energy rule for power plants, auto emissions rules, ‘Waters of the U.S.’ rule, and federal methane regulations are among key areas of focus for the Administration, and rightly so. 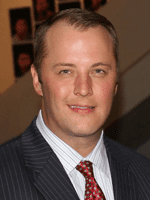