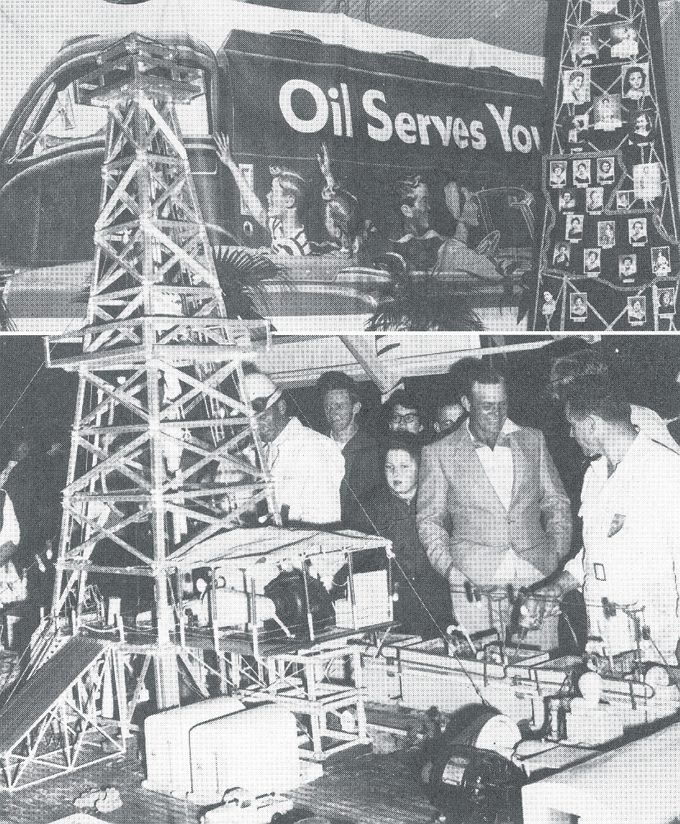 When the oil and gas people of Lafayette launched the first Louisiana Gulf Coast Oil Exposition in 1955, it is unlikely that any of them expected the show to grow into one of the largest oil and gas expositions in the nation. Certainly, they could not envision the infant show eventually being recognized as one of only 28 trade shows selected by the U.S. Department of Commerce to participate in the International Buyer Program. Over the last fifty years, all that has happened and much more.

Like the oil & gas industry, LAGCOE has changed steadily in the years since the first show, much of it driven by an eagerness to keep pace with advances in technology. The days in the old Blackham Coliseum are now only memories for the show currently calling the Cajundome and Convention Center its home. The biennial exposition has evolved into a premier business and marketing environment, focusing on presenting cutting-edge technology and information to the decision makers of the petroleum industry. Despite the advances that have taken place over the years, one thing has remained constant: the spirit of the show and the people whose volunteer efforts make it work. The spirit stems, perhaps, from the fact that LAGCOE is an oil and gas show staged by oil and gas people. The hard-working committees and their members are involved daily in industry activities. They understand the challenges and demands of the search for energy. Working in the show promotes a sense of accomplishment and pride because LAGCOE provides resources that help to meet those challenges. Thus, volunteers undertake the demanding tasks involved in producing the show with a spirit of adventure and anticipation. They are helping to make a difference.

There also is a spirit of genuine hospitality. LAGCOE workers sincerely appreciate the contributions of the exhibitors, visitors and technical session participants. Their enthusiasm in welcoming attendees is contagious. The LAGCOE spirit has been constant since that first show. At LAGCOE 1955, the list of officers, directors, and volunteers read like a who’s who of the early oil and gas industry in Lafayette. People who were key players when the industry first began to hit its stride along the Louisiana Gulf Coast were still around and deeply involved. The first show, at Blackham Coliseum, was successful in every way except financially. Those who signed the note took a loss, but the success of other aspects of the exposition made up for that disappointment. The Chamber of Commerce, which had conceived the idea along with Peter Ferguson of Esso Standard as a way for the community to express its appreciation to the industry and its people, even loaned one of its employees to serve as the show’s general manager. There were some 130 exhibitors for the first show, enough to convince all involved that there was a bright future. For the first show, the symbol was a cartoon character in a hard hat, coveralls and a five o’clock shadow called “LAFAYETTE Looey,” the forerunner of LAGCOE Looey.

The first Looey was Lyle Cummins. The inaugural program described Looey as “a funny guy…he works in an oil field, he uses your tools, eats your food and sleeps in your bed. He’s an ordinary Joe — or Looey — maybe sporting a week’s growth of beard after finishing up a long shift out on the rigs. He’s here to clean up, sleep up, then see the show and meet his bosses and his bosses’ bosses and their customers. He’s one of your best customers, whomever you are.” Over the years, as technology advanced and as the industry became more knowledge-oriented, the initial description of Looey declined in accuracy, but he remained the exuberant symbol of the working oil man. Looey two-stepped through the first LAGCOE program, appearing on pages that detailed the gala atmosphere of social and entertainment events accompanying the show: Charlie Aillet and his band playing for a Cajun fais do do; the famed Keesler Field Air Force Band leading an opening day parade through downtown Lafayette, with 17 marching bands behind them; the selection of the first “Queen LAGCOE” at a formal concert and dance; a rollicking press party; a shrimp and beer party, luncheon and style show, and the grand queen’s ball. It was a small show compared to today’s world-class exposition, but the remarkable LAGCOE spirit was evident in every activity.

In 1957, the program was bigger and more professional. Each show brought new, enthusiastic volunteers whose names became synonymous with the local oil and gas industry and with LAGCOE. “Lafayette Looey” became “LAGCOE Looey,” in 1957, and the list of exhibitors increased to more than 180. Lafayette got a look at the heavy equipment of the industry as it was featured in a downtown parade, and the Odessa Chuck Wagon Barbecue Group made the first of many journeys to LAGCOE. That year, 35 contestants sought the title of “Queen LAGCOE II.” With two successful shows under their belts, the oil and gas people of Lafayette were ready to challenge the big established expositions. In the years to come, there would be steady growth, both in the industry and in LAGCOE. In 1961, Paul Harvey was featured speaker at a LAGCOE luncheon, and he would make return appearances.

The Sixties also saw the appearance of the attractive young “Oil Drops,” and in 1969, the U.S. Secretary of the Interior, Walter Hickel, was a guest at the show. The 1989 show brought Louisiana Congressman Jimmy Hayes and then-Speaker of the House Tom Foley, to tour the exhibits. After the slump that hit in the eighties, the industry became more conservative and the show became geared to the serious business of helping find more efficient and cost-effective ways to produce the nation’s energy. The year 1993 marked the debut of the LAGCOE technical sessions, with legendary wild well fighter “Red” Adair serving as keynote speaker. The featured speaker for the 1995 technical sessions was Cynthia Quarterman, Director of the Minerals Management Service of the U.S. Department of the Interior. In 1999, LAGCOE featured a man destined to hold one of the nation’s most powerful offices. Dick Cheney, then chief executive officer of Halliburton and now vice president of the U.S., was a keynote speaker for the technical sessions. In 2001, the featured speaker was U.S. Secretary of the Interior Gale Norton. The 2003 exposition marked LAGCOE’s 25th industry showcase.

That year, the show also was selected for the first time to participate in the U.S. Department of Commerce International Buyer Program. The impact of LAGOCE on the oil and gas industry is profound. According to 99-year-old Gloria Knox, one of the LAGCOE founders who still serves as chairman of the show’s hospitality committee, “LAGCOE has given so many the privilege of meeting some great people they would have otherwise never been able to meet, and it has allowed them to travel to places they would never have been able to travel,” the long-time volunteer recounted, looking back on her years of leadership and service to the organization. This biennial exposition has grown in every respect over the years, particularly in the number of exhibitors and in the exuberance of its volunteers. Some of the gala trappings of the early days have disappeared, but the vivacious, adventurous and hospitable spirit of LAGCOE has never wavered. Thank you for joining us to Experience the Energy of LAGCOE 2005 and to celebrate fifty years of the latest advances in technology, equipment, and services for the oil and gas industry.