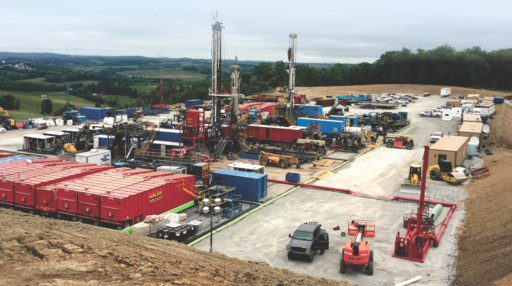 Pennsylvania natural gas production in 2020 hit an all-time high, as producers become more proficient drillers and commodity prices remained low, but one industry insider predicts for the near future this is as good as it gets – for now.

Number wise, 2020 was a boom after a couple of bust years. When most oil and gas industries were hard hit by the COVID-19 pandemic, Pennsylvania drillers saw record-breaking numbers. Last week the Independent Fiscal Office reported production in the Keystone State increased 3.9 percent in 2020 over 2019. Overall, Pennsylvania horizontal wells produced 1.826 bcf during 4Q20.

Fourth-quarter “growth was driven by production in December, which grew by 6.3 percent year-over-year,” the report reads.

The five-page report focused mainly on the 4Q20, which saw:

The decelerating growth in producing wells, the report states, is due to less drilling activity and older wells being plugged or shut down.

The mix numbers, said Dan Weaver, president and executive director of the Pennsylvania Independent Oil and Gas Association reflect the market conditions of 2020, including low commodity prices and a continuing need for more takeaway infrastructure out of the Appalachian Basin. This means fewer wells drilled, a trend likely to continue in the immediate future.

“What is clear from the steady production increases we are seeing; however, is that producers are becoming increasingly efficient at drilling, completing and recovering natural gas as the Marcellus and Utica plays mature,” he told Oilman Magazine.

He pointed out this is reflected in total natural gas production from shale wells during 4Q20 at, 1.8 Tcf, which is the largest volume ever produced in a single quarter in Pennsylvania.

“We expect well counts to dip slightly in the months ahead and expect production to remain somewhat steady as those efficient wells are brought online,” he said.

Reuters Events: Report Identifies 4 Key Trends Affecting the U.S. Downstream Sector in 2022. Only 1 of Them is Helping the Industry