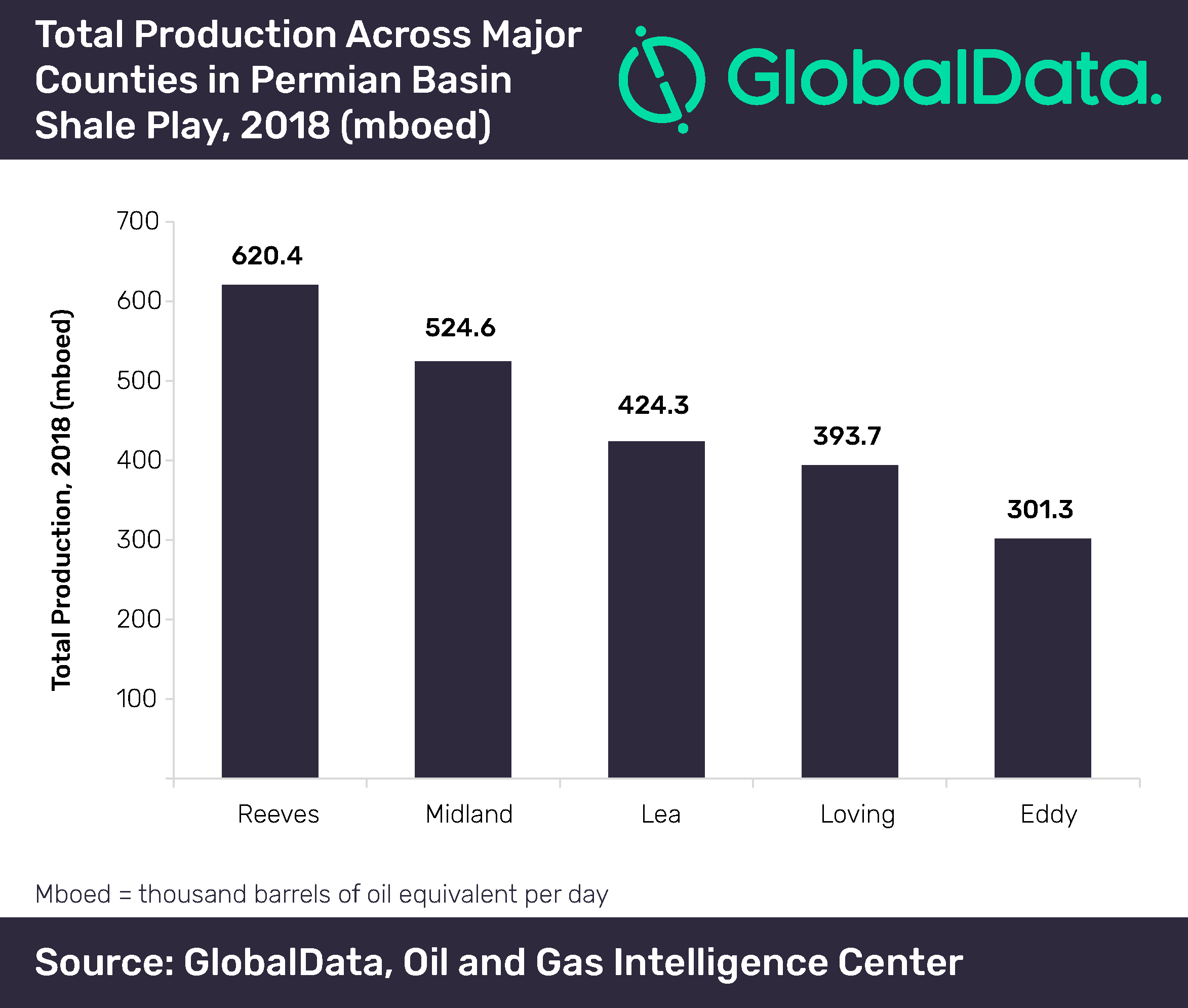 Abundant hydrocarbon reserves and the ability to drill longer laterals has made Permian Basin the most prolific shale play in the world, according to GlobalData, a leading data and analytics company.

The company’s latest market analysis report: ‘Permian Basin Shale in the US, 2019 – Oil and Gas Shale Market Analysis and Outlook to 2023’ reveals that production of crude oil and natural gas has grown each year from 2013 to 2018 despite the oil and gas industry going through one of the worst downturns during that period.

As in other unconventional shale plays, operators in the Permian Basin continue to drill longer laterals beyond 9,000 feet and some reaching as much as three miles. The general objective remains to increase the productivity of the new producing wells in a higher proportion with respect to the cost increase associated with these more complex wells.

The Permian has also seen a clear trend for larger scale operations of key operators that increase the surface of continuous acreage and allows for more recovery. This has also driven the M&A activity in the Permian with companies like Chevron, Diamondback Energy and Concho Resources looking to expand their Permian footprint to drive greater efficiency and lower production cost.

Adrian Lara, Senior Oil & Gas Analyst at GlobalData, comments: “Permian crude oil production increased by more than one million barrels per day (mmbd) in 2018, and by early 2019 it has already surpassed the four mmbd mark. However, the story for natural gas production is somewhat different, largely because an increasing volume of associated gas has been flared due to limitations in the pipeline capacity. If the capacity constraints persist longer, it may force some operators to shut in their wells.”

The limitations to gas pipeline capacity that gave rise to flaring is estimated to ease during 2019–2020, with approximately four billion cubic feet of pipeline capacity expected to be added during these two years, giving further lift to Permian production.

Lara concludes: “In spite of the infrastructure bottlenecks Permian acreage remains highly attractive. Whenever possible, operators try to increase the surface of continuous acreage that would allow for larger scale developments and longer well laterals. This is in fact one of the key drivers behind the recent offers made by both Chevron and Occidental Petroleum to acquire Anadarko’s acreage. Whichever company ends up winning the deal will certainly establish a leading position among the top players in the play.”