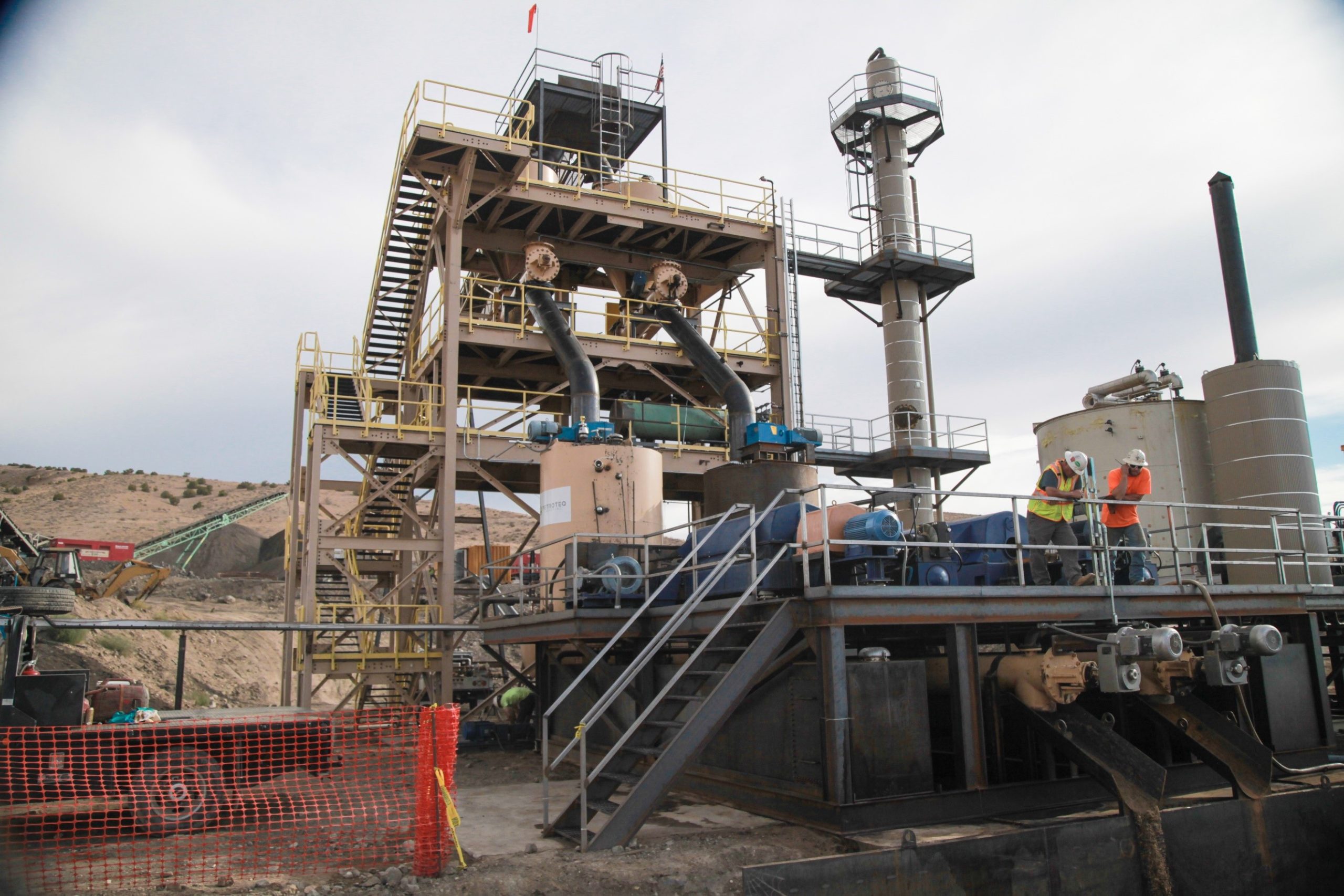 Sherman Oaks, California – Petroteq Energy Inc.  a fully integrated oil and gas company, is pleased to announce that it has begun delivering oil into its regional market. The Company goal is to deliver oil on a regular basis while ramping production up to the stated nameplate production capacity of 1,000 barrels per day (bpd).

“Our first sale of our product this week represents a critical milestone in Petroteq’s evolving history,” stated CEO David Sealock. “From a strong entrepreneurial spirit, Petroteq has developed into an oil sands mining producer and technological leader in the sector, and this is due to the hard work of everyone at the Company. Throughout 2018, we’ve continued to improve on four critical focus areas – focusing of health and safety, increasing production, reducing per barrel costs and working to maximize the value of every barrel we produce.”

Additionally, the Company is working with several parties on identifying growth capital for the intended expansion of the Company’s Asphalt Ridge Plant. The predicted economies that come from a larger production capacity could include:

A report titled “Evaluation of Contingent Resources” from Chapman Petroleum Engineering, Ltd. dated May 31, 2018 (the “Chapman Report”) states that the Company’s leases contain 93.4 million barrels of contingent resource. Such contingencies are stated below.

Petroteq is a fully integrated oil and gas company focused on the development and implementation of a new proprietary technology for oil extraction. The Company has an environmentally safe and sustainable technology for the extraction of heavy oils from oil sands, oil shale deposits and shallow oil deposits. Petroteq is engaged in the development and implementation of its patented environmentally friendly heavy oil processing and extraction technologies. Our proprietary process produces zero greenhouse gas, zero waste and requires no high temperatures. Petroteq is currently focused on developing its oil sands resources and expanding production capacity at its Asphalt Ridge heavy oil extraction facility located near Vernal, Utah. In addition, the Company, through its wholly owned subsidiary PetroBLOQ, LLC, is seeking to develop the first blockchain based platform created exclusively for the supply chain needs of the oil & gas sector. For more information, visit www.Petroteq.energy and PetroBLOQ.com.

Pursuant to the Chapman Report, the following is a summary of contingencies and project risk related to the Company’s 93.4 million barrels of contingent resource, listed in order of importance: (i) Verification of actual full scale processing and operating costs. Although the Company has developed detailed estimates of these costs by operating the pilot plant, they will need to implement the full scale project in order to know these costs with certainty. Chapman has estimated a 90% probability that operating costs will be in the ranges estimated in the monte carlo simulation, as documented in our September 1, 2016 report. The simulation indicates that there is a 97.5% likelihood of having an economic project if costs are in those ranges. Therefore, the probability of this contingency being overcome (i.e. operating costs are in the range estimated by Chapman) is estimated at 88%; (ii) Mining costs will be similar on all Company lands. Detailed mining cost estimates have only been prepared for the first 12.8 MMSTB of bitumen to be mined, but it is anticipated that the bitumen volumes could be scaled up at a similar cost. The probability of this contingency being overcome (i.e. all actual mining costs being in line with initial estimates) is estimated at 95%; and (iii) Regulatory permission will be granted for all future stages. This is seen as very likely, and there are no major regulatory hurdles remaining to overcome. However, there is potential for public opposition to a project of this nature. The probability of this contingency being overcome (i.e. all future regulatory approvals being granted) is estimated at 98%. Chapman has estimated that it is 81.9% likely that all of the above contingencies will be overcome.

Gasoline Prices Should Be Lower This Summer