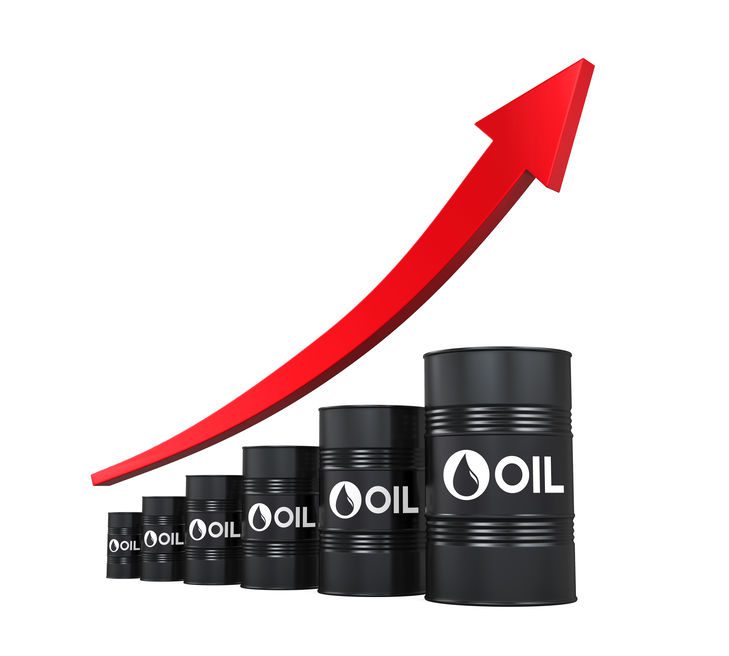 Global oil market is unstable and the price of oil surges in the tune of 15 to 20 percent to their highest level in about four months after an attack on Saudi Arabia’s oil facilities.

Oil prices surged the most on record on Monday (September 16, 2019), with Brent crude rising by as much as 19.5 percent to US$71.95 per barrel at the market’s open. The Bloomberg news agency said it was the biggest rise in prices on record.

Will Scargill, Managing Oil & Gas Analyst at GlobalData, said, “If the Saudi supply outage is sustained, we may well see a test of how well the U.S. industry can dynamically adapt to market needs. Although the OPEC+ production cuts currently in place mean that the group has spare capacity available, it may not be enough to cover all lost output.

“Last week the market’s focus was on further output cuts to balance oversupply, and so there is some level of buffer. However, Saudi Arabia had shouldered the largest portion of existing cuts and it is unclear whether all of this previous spare capacity will now be available. If a large portion of the reported 5.7 million barrel per day output loss is sustained for a period of weeks or more, it will be a huge challenge to fill that gap.

“A period of sustained heightened prices and inventory draw-downs would likely spur U.S. players to drill more. However, their ability to bring swing supply would be put to the test and could be limited by financing and infrastructure constraints.”

According to the official statement released on Saudi Aramco’s website, the attack on its facilities in Abqaiq and Khurais were “A result of Terrorist attacks with Projectiles”, which resulted in a production suspension of 5.7 million bpd of crude oil.

After visiting the incident locations, Amin H. Nasser, Saudi Aramco President & CEO, said, “We are gratified that there were no injuries. I would like to thank all teams that responded timely to the incidents and brought the situation under control. Work is underway to restore production and a progress update will be provided in around 48 hours.”

According to the last Reuters OPEC survey, the kingdom produced 9.63 million bpd of crude oil in August 2019. This results in almost 60 percent of the production being suspended due to the attack.

Refinitiv Oil Research has been informed by port agents that according to the instruction received from Aramco OSPAS (Oil Supply, Planning and Scheduling) department, the vessels at anchorage were put on hold until further notice following the attack, with no additional details being disclosed. However, OSPAS later lifted the hold on the ships at Anchorage on 15th September 2019 and the berthing plan is expected to be followed. Ships were immediately mobilized and tracking data shows at least 8 VLCC’s that are currently loading (as on 16th September) in Juaymah and
Ras Tanura, with another VLCC heading to berth at one of the Juaymah SBM’s.

Geoffrey Smith, Director of Oil & Shipping Research at Refinitiv, says, “we are seeing oil loadings out of Saudi resume and are increasing to handle the shortfall over the weekend. The question is for how long Saudi Arabia can maintain export levels and quality while the damage is fixed. The most likely effects are to be felt from November onwards as storage might start hitting critical levels if the processing facility has not been repaired.

Wood Mackenzie VP for Refining, Chemicals an Oil Markets, Alan Gelder said, “This attack has material implications the oil market, as a loss of 5 million barrels per day of supplies from Saudi Arabia cannot be met for long by existing inventories and the limited spare capacity of the other OPEC+ group members. A geopolitical risk premium will return to the oil price.”

“China, South Korea, Japan and India are the biggest takers in Asia, with China and Japan leading the pack at an average of 900 – 1,100 kilo barrels per day each. India could be most exposed as its reserves are the least,” Jayabalan said.

The UK has condemned the “attack on the Aramco oil facilities in Saudi Arabia,” British Foreign Secretary Dominic Raab tweeted on Monday (September 16, 2019).

The U.S. and Saudi Arabia blamed Iran for the attack, claimed by Iran-aligned Houthi rebels in Yemen. However, Iran has denied involvement in the air attacks.

Donald Trump has said the U.S. response to the attack on Saudi oil facilities will depend on the assessment in Riyadh, the capital of Saudi Arabia, and downplayed U.S. dependence on Middle East energy supplies.

Unnamed U.S. officials were quoted in U.S. media outlets as saying Iranian cruise missiles were used in Saturday’s attack on an oil field and processing plant. Estimates of the number of missiles used ranged from “nearly a dozen” to “over two dozen”.

Saudi Arabia’s foreign ministry said an investigation into the incident shows Iranian weapons were used in the attack.

Iranian President Hassan Rouhani said, at a press briefing Monday (September 16, 2019), that the attack was self-defense by Houthis and a retaliatory response for Saudi attacks on Yemen.

India, the world’s third-largest oil consumer, will not face any supply disruption after a reduction in production at its No. 2 supplier Saudi Arabia, Oil Minister Dharmendra Pradhan said on Monday (September 16, 2019).

“Following the attacks on the oil stabilization centers of Saudi_Aramco, top executives of Aramco have been contacted,” Pradhan tweeted. “We have reviewed our overall crude oil supplies for the month of September with our oil marketing companies (OMCs). We are confident there would be no supply disruption to  India. We are closely monitoring the evolving situation.”

Earlier in the day, India’s Oil Ministry in a statement said, “Yesterday (September 15), Saudi Aramco officials informed the Indian refiners that there would be no shortage of supplies to them. Ministry of Petroleum and Natural Gas is closely monitoring the situation in consultation with Indian refiners and Saudi Aramco.”

Officials at state-owned oil refiners said Saudi Aramco has informed that there would not be any major disruption, but has sought flexibility for switching to different grades for continuing supplies.

Prior to the weekend attack, the oil market was focused on supply surpluses as well as slowing global growth concerns amid the U.S.-China trade dispute.

Just last week, both the Organization of the Petroleum Exporting Countries (OPEC) and the International Energy Agency this week said oil markets could end up with a surplus in 2020, despite an agreement by OPEC and its allies to limit supplies.