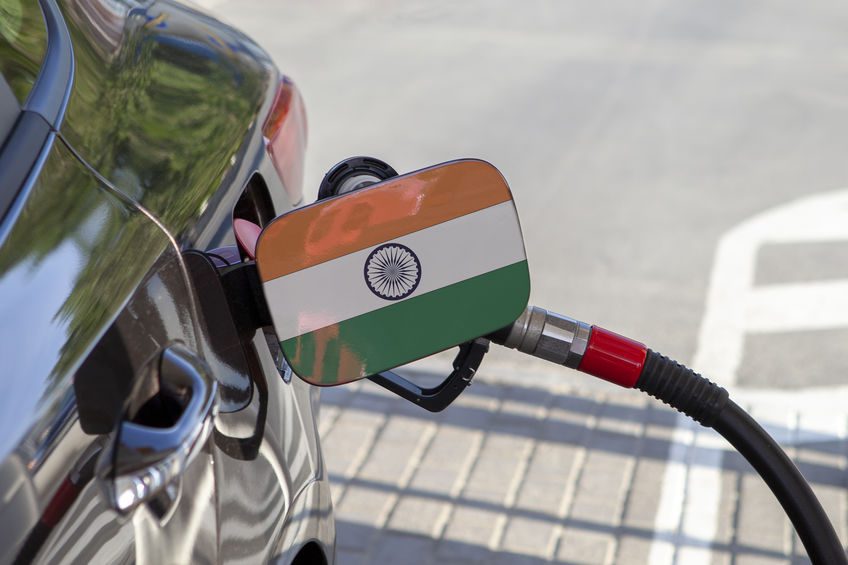 The United States is reportedly working towards stabilizing the global energy markets and maintaining steady oil supplies to India and some other friend countries.

After its decision for not to extend waivers from sanctions on purchases of Iran’s oil,  the U.S. is now trying to establish a stabilized global energy market in order to maintain steady oil supply to affected countries.

Media reports published here suggest that the issue on the end of sanction waivers and its fallout tagged with the alternative energy supplies had come in the talk between the U.S. Principal Deputy Assistant Secretary of State for South and Central Asia, Alice Wells and Indian officials on April 23, 2019.

Market observers believe that the United States is in touch with key energy producers including the United Arab Emirates (UAE) and Saudi Arabia to ensure stable oil supplies to all friendly countries and partners.

U.S. Secretary of State Mike Pompeo told media person on April 22, 2019, in Washington that Saudi Arabia and the United Arab Emirates will ensure an “appropriate supply” of oil along with the U.S., as President Donald Trump won’t re-issue Iran oil waivers set to expire in May 2019.

Pompeo has also announced that current sanctions waivers to the five nations would expire on May 2, 2019.

“Saudi Arabia and others in OPEC will more than make up the oil flow difference in our now full sanctions on Iranian oil,” Trump said on Twitter.

Importantly, Saudi Arabia has pledged to ensure adequate supplies are available and the market does not go out of balance.

Mr. Khalid Al-Falih, the Energy Minister of Saudi Arabia has said in a statement that the Saudis are closely monitoring oil-market developments after the U.S. announcement regarding export sanctions on Iran.

“In the next few weeks, the Kingdom will be consulting closely with other producing countries and key oil consuming nations to ensure a well-balanced and stable oil market, for the benefits of producers and consumers as well as the stability of the world economy,” Al-Falih said in a statement.

Washington has also indicated its intention of supplying increased quantities of oil and gas to India on a short notice to prevent the country (India) from facing any shortages.

Analysts here are of the view that the U.S. may offer oil and gas to India on concessional terms from its own reserves to help the country (India) tide over the lifting of Iran sanction waiver that would suck out close to 10 percent of Indian crude imports.

It is important to note that Indian oil companies have already started importing oil from the U.S. for the past couple of years, however, the quantity remains minuscule.

India imports more than 82 percent of petroleum products to meet its domestic requirement and the main supply of crude oil comes from the Middle Eastern countries. Iran has always been one of India’s main suppliers of oil, second only to Iraq and Saudi Arabia. Figures suggest that India had imported about 22 million tonnes of crude oil from Iran in 2017-18 and planned to raise that to about 30 million tonnes in 2018-19. Importantly, in the fiscal year 2018-19, India imported about 23.5 million tons of Iranian oil. Figures suggest that Iran has shipped about 1.1 million barrels a day of crude and condensate in the first two weeks of April 2019.

But the U.S. sanction has a clear effect on global oil marketing and especially Iran’s oil business. According to internal U.S. estimates, through its sustained pressure, the U.S. has managed to reduce Iran’s daily oil exports from 2.7 million to 1.6 million barrels.

Meanwhile, crude oil imports in India have been growing in double digits in value terms (at about 15 per cent during 2017-18 compared to the previous year as per Government data), and the rise in price will have a sure impact on domestic economy in a big way as the increase will be passed on the consumers.

Market observers here have warned that even though global crude oil prices have declined over the last six months, there is a need to be cautious as short and medium-term outlook still remains uncertain. If the U.S.-Iran standoff could lead to any higher demand and oil supply gets constricted one can expect pressure on oil prices.

Meanwhile, India’s petroleum ministry also issued a statement assuring of a “robust” oil import plan starting from May. “The Government of India has put in place a robust plan to ensure that there is adequate supply of crude oil to Indian oil refineries from May 2019 onwards. There will be additional supplies from other major oil producing countries from different parts of the world,” the ministry said in a statement on Tuesday (April 23, 2019).

“The Indian refineries are fully prepared without any problem to meet the national demand for petrol, diesel and other petroleum products in the country,” the ministry added.

India’s Petroleum and Natural Gas Minister Dharmendra Pradhan also tweeted on Tuesday (April 23, 2019), saying that the country will get additional supplies from other major oil producing countries to compensate for the loss of Iranian oil.

In the meantime, Brent crude oil on April 25, 2019, rose above US$75 per barrel for the first time in 2019 in the wake of tightening sanctions on Iran, while gains in U.S. prices were crimped by a surge in U.S. supply.