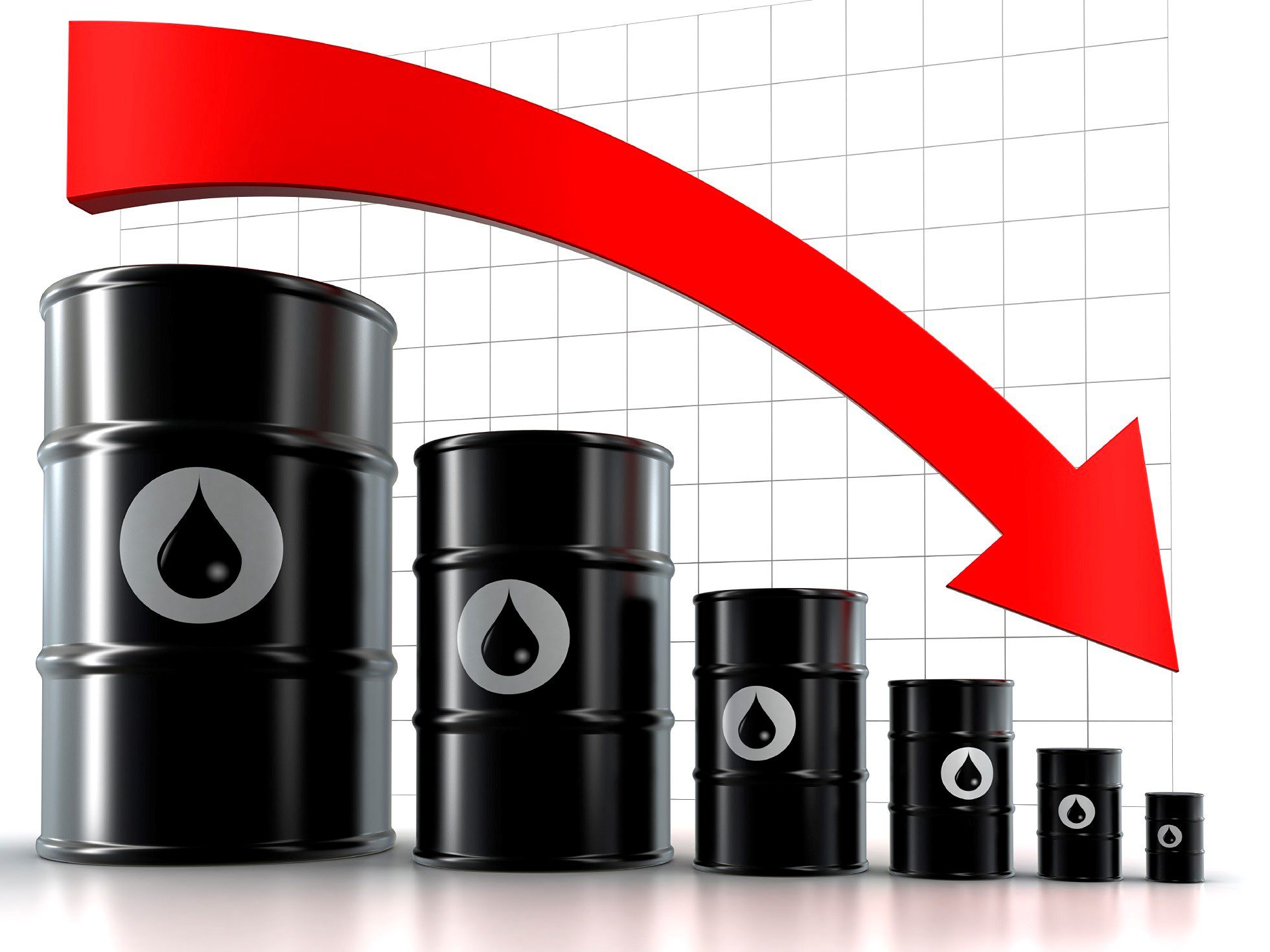 The plunge of the price of crude oil that has lost over 30 percent since the beginning of October, most likely is about to stop, experts polled by TASS, Russia’s main news agency, assume. According to the poll, the meeting of OPEC+ nations in Vienna in early December would determine the price dynamics in the near future (Chart 1).

The market expected a decision on production cap to follow the meeting to avoid the 2014-2016 price collapse.

That time world oil prices made a big fall. The spot price for Brent oil blend fob Sullom Voe, which is currently regarded the main world oil price, has slipped from more than 115 dollars per barrel in June 2014 down to 26 $/bbl in January 2016. Between mid-2014 and early 2016, the global economy faced one of the largest oil price declines in modern history. The almost 80 percent price drop during that period was one of the three biggest declines since World War II and the longest lasting since the supply-driven collapse of 1986 (Chart 2).

The OPEC+ Technical Committee gave a preliminary estimate for the performance level of the Vienna agreement on oil production limiting in October and said it was equal to 104 percent, an attending delegate told TASS on Saturday. Bloomberg reported the figure of 106 percent earlier.

According to the delegate, the OPEC+ Technical Committee consisting of experts from countries participating in the Agreement has reviewed various scenarios of oil market development, including an option with demand surplus on the market in 2019 against the background of growing deliveries from the U.S.

The Technical Committee held the meeting on the verge of the Joint Ministerial Monitoring Committee meeting in Abu Dhabi on the 11th of November 2018.

It was reported earlier that the performance level of the OPEC+ oil production capping deal was 111 percent in September.

OPEC+ agreement participants made the decision to return the deal performance level from 150 to 100 percent from July, which actually means the need to increase oil production by 1 mln barrels per day. However, this target has not yet been reached due to a strong decline in oil production in certain OPEC countries. Production was mainly increased by Russia, Saudi Arabia, and the UAE.

Ministerial monitoring Committee of OPEC+ discussed the idea of reduction of oil production by the countries of the Vienna agreement in 2019, told journalists the Minister of petroleum of Oman Mohammed Hamad Al-Rumhi.

“There are many proposals [on the reduction of oil production in 2019]”, – said the Minister. «I think, we will discuss how to reduce and how to reduce. But, I believe that now many believe that on the market is too much oil”, he added.

OPEC and several non-organization countries (OPEC+) agreed in late 2016 in Vienna on the reduction of oil production to 1.8 million barrels per day from the level of October 2016, of which 300 thousand were in Russia. The contract started from the beginning of 2017 and has been extended until the end of 2018. In June 2018 OPEC+ agreed goal is to escape from the fulfillment of the terms of the agreement, which then accounted for 47 percent.

To monitor compliance with the agreement and develop recommendations on its improvement were established the Ministerial Monitoring Committee, which includes representatives of Venezuela, Kuwait, Algeria, Oman, Russia, Saudi Arabia. Committee meetings are also attended by the OPEC Secretary General Mohammed Barkindo and UAE Energy Minister Suhail Al-Mazrouei on the rights of the President of OPEC.

At the end of November, economists from Beijing’s Renmin University predicted in a widely publicized report that China’s economic growth (which averaged 10 percent over the previous 30 years) was expected to hit 6.6 percent in 2018 and slow to 6.3 percent in 2019 as the country struggles with challenges relating to trade and structural reform.

The predictions, published by the news service of the China Academy of Social Sciences late in November, are in line with the median forecast in a poll of 73 economists by Reuters last month, with China under increasing pressure from a trade war with the United States.

But the economists from Renmin University’s School of Economics warned that China would still face difficulties even if trade tensions with the United States were resolved, with the country facing a deteriorating global trade environment, falling export growth and currency depreciation.

The 175th Meeting of the Conference of the Organization of the Petroleum Exporting Countries (OPEC) was held in Vienna, Austria, on Thursday, 6-7 December 2018, under the Chairmanship of its President, HE Suhail Mohamed Al-Mazrouei, UAE Minister of Energy & Industry and Head of its Delegation.

The Conference congratulated HE Thamir Abbas Ghadhban, the new Minister of Oil of Iraq and thanked his predecessor in office, HE Jabbar Ali Hussein Al-Luiebi of Iraq, who had ably and diligently led his country’s delegation to OPEC since August 2016.

The Conference took note of the announcement from Qatar that gives notice of its intention to withdraw from its Membership of OPEC, with effect from 1 January 2019.

The Conference reviewed the Secretary General’s report, the report and recommendations made by the Joint Ministerial Monitoring Committee (JMMC), whose work was supported by the Joint Technical Committee (JTC) and the OPEC Secretariat, the report of the Economic Commission Board, as well as various administrative matters.

The Conference took note of oil market developments since it last met in Vienna on 22 June 2018, and reviewed the oil market outlook for the remainder of 2018 and 2019. In this regard, the Conference observed that current oil supply and demand fundamentals confirm a well accommodated market following the concerted efforts of participating countries in the ‘Declaration of Cooperation’ toward restoring balance.

The Conference discussed the increasing market volatility and the broad consensus on the prospects for 2019 that suggests higher supply growth than global requirements, taking into account prevailing uncertainties.

In view of the current fundamentals and the consensus view of a growing imbalance in 2019, the Conference decided to adjust  (trim down) OPEC overall production by 0.8 mb/d from October 2018 levels, effective as of January 2019, for an initial period of six months, with a review in April 2019. A reconfigured JMMC was requested to monitor timely and fair implementation of the above mentioned resolution and report back to the President of the Conference on a regular basis.

In agreeing to this decision, Member Countries confirmed their continued focus on fundamentals for a stable and balanced oil market, in the interests of producers, consumers, and health and sustainability of the petroleum industry. Member Countries remain committed to being dependable and reliable suppliers of crude and products to global markets.

The Conference thanked all OPEC Member Countries, as well as non-OPEC countries participating in the ‘Declaration of Cooperation’, for their continued commitment to achieving and sustaining balance and stability in the market. The Conference also acknowledged the crucial role played by participating in non-OPEC countries in the ‘Declaration of Cooperation’. In this regard, it stressed the importance of the 5th OPEC and non-OPEC Ministerial Meeting that will take place later in the day on the 7th of December 2018.

The news on the slower economic growth in China, the world’s No.2 economy, had surely a negative but limited effect on world oil prices which were well supported by OPEC decisions.

Basically, the trajectory of oil price is determined (at least, since the beginning of the 1970s) by the global-OPEC oil balance and, technically speaking, by the position of the call on OPEC crude versus its maximum achievable (sustainable) and (financially) minimum required production. This concept was successfully realized in the Trident mid-term multi-regression model of the world oil market developed by GAPMER in the second half of the 1980s2.  Some recent findings of the model’s latest version are graphically presented below (Chart 3). 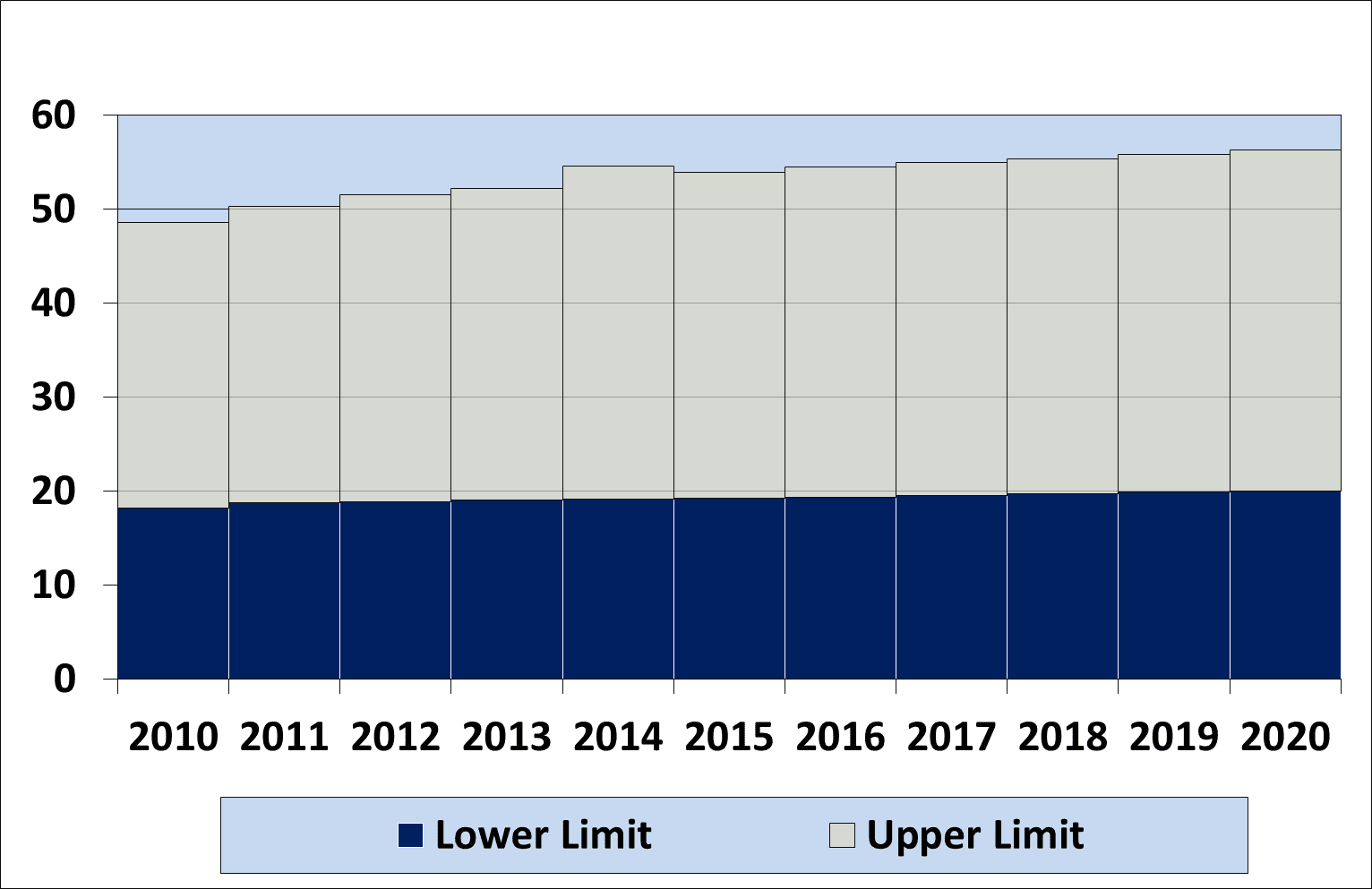 The beginning of autumn was marked by volatility on the oil market. Having reached the highest level over four years of almost $86 per barrel by early October, the price of oil plunged sharply, breaching the $60 per barrel mark on November 26.

“The oil price was rising as the market was afraid of deficit anticipating sanctions, but, since it never happened, investors started fixing long positions. By doing so, they started a plunge in the price”, Moscow-based investment consultancy Finam’s analyst Aleksey Kalachev explained.

The price correction was also connected with ambiguous signals from the side of OPEC+, Raiffeisen-bank’s Andrey Polischuk adds. “First OPEC+ meeting spoke about shifting to limiting and even reducing output. However, no agreements were reached at the meeting on November 11, and we heard no specifics,” he said.

Moreover, the anti-Iran sanctions turned out not so strict as expected earlier, experts note, as the U.S. virtually allowed Tehran to export crude to its biggest buyers, India and China, as well as other Asian and European countries.

They expect the decision to be made by OPEC+ nations to be the key focus of the market now. “Currently the market is expecting the OPEC+ meeting in Vienna [on December 6-7],” Polischuk said.

Experts also believe that the principle decision on the oil production policy may be taken prior to the Vienna meeting – at the G20 meeting in Argentina. As reported earlier, Russian President Vladimir Putin can meet with Saudi Crown Prince Mohammed bin Salman As-Saud there to discuss issues of oil cooperation. Energy ministers of the two countries will also attend the summit.

“If an agreement is reached on basic principles in Argentine, one can expect a decision on [production] cut in Vienna,” Kalachev said, adding that otherwise “the preliminary work will only start in December”. 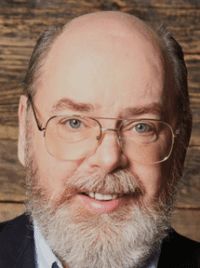 Planned LNG Industry Will Continue to Boom – Explore Why