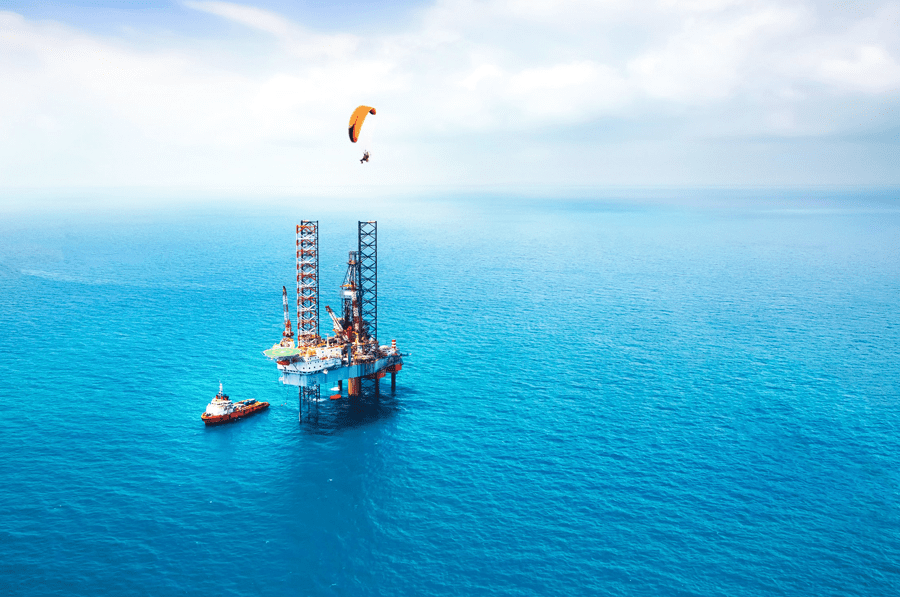 The U.S. oil industry is retiring about 175 offshore production platforms each year, far outstripping the count of new rigs. Most of those retiring platforms have been in place for decades, during which a complex and interdependent collection of marine life has attached itself to and around each rig. Complete removal of any retired rig destroys habitats for all types of plant, fish and microbial life. Preserving the platforms for those reasons alone provides critical ecosystem benefits to the Gulf of Mexico.

But the goal of retaining and repurposing abandoned rigs extends far beyond a feel-good scenario of calypso crabs crooning “Under the Sea.” These existing structures can be harnessed for uses such as: Mining seaborne metals like cobalt and lithium; capturing wind and waves for renewable energy; offshore aquaculture (the U.S. currently is only able to provide 15 percent of its seafood consumption domestically); carbon capture and storage (CCS); and biofuel feedstock cultivation. It is easy to see that the benefits of these and other options are both economically attractive and critically important to meet our energy and food needs domestically without adding to the trade deficit.

The Gulf of Mexico’s relatively calm sea state (with the exception of storms and hurricanes) provides the U.S. with hundreds of square miles of options for the above uses. At the same time, existing platforms in that space offer a way to launch these efforts without massive capital outlays for basic infrastructure while saving hundreds of millions of dollars in dismantling costs. A 2016 U.S. GAO study estimated $38 billion in future decommissioning costs for the Gulf of Mexico (GOM) region. Repurposing these platforms would allow some of this to be applied to more useful purposes and would also relieve the question of where to dispose of all that iron.

To convert a rig to a reef, such as in the Federal Government’s Rigs to Reefs (RTR) program, the resulting platform has a lower vertical relief than the original, and has no physical connection to the upper water column. On the other hand, converting them for use in CCS or wind/wave-based energy generation would retain virtually all of the structure’s height as well as its surface area below the water.

RTR is administered by the Department of the Interior’s Bureau of Safety and Environmental Enforcement (BSEE) with help from the Gulf states with a complementary RTR option. In this voluntary program, oil and gas operators make decommissioning decisions based on variables such as economics, water depth, distances to approved reef sites and more. 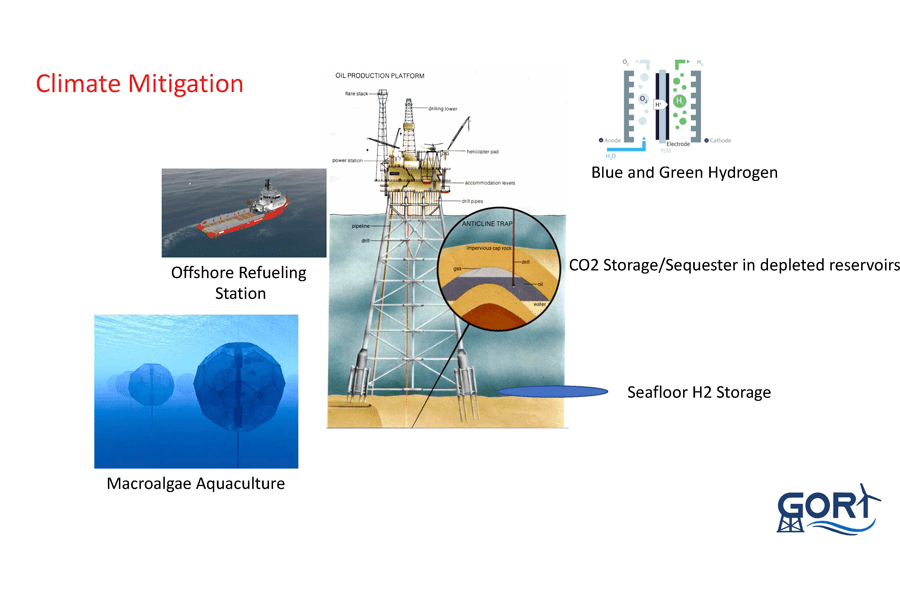 Reducing imports of protein sources and of minerals used in batteries and EVs are both issues of national security. As stated, the U.S. currently imports 85 percent of its seafood and 76 percent of its cobalt, the latter a key metal in lithium-ion batteries. The cobalt figure is provided by the Department of Energy (DOE). More than half of global cobalt production comes from politically unstable countries. Also, 80 percent of the nation’s lithium battery imports come from China.

Seawater contains about 70 times more cobalt than is available on land and a like amount of lithium. Through passive adsorption technologies and a symbiotic system using existing offshore platforms, cobalt can be harvested sustainably and economically.

A study by Cornell University showed that retrofitting just 76 retired platforms in the Gulf could extract an estimated 27.3 percent of the nation’s cobalt requirements as of 2017.

GORI has teamed with Cornell to apply for funding to sample seawater at two GOM platform sites to learn if the water contains sufficient quantities of lithium and cobalt to support adsorption harvesting.

Figures from the UN’s Food and Agriculture Organization (FAO) show that worldwide aquaculture has grown an average eight percent per year over the last 20 years while in the U.S. it has averaged only one percent growth in that time. FAO also predicts continuing growth in seafood consumption. This would make it imperative that the U.S. significantly expand its seafood production – something that can be done more sustainably offshore than in coastal or land-based systems.

Studies have shown that both standing and repurposed platforms provide suitable habitat for demersal (bottom-residing) species such as red snapper. Because previous studies focused only on those specific species, further research is required, but early results look promising. GORI has partnered with Blue Silo Aquaculture to gather more information by studying these platforms to determine if any can be used to culture finfish, shellfish and macroalgae, the latter for either food or biofuel feedstock.

Summertime can be a challenge for GOM-based aquaculture, as frequent hurricanes disrupt commerce and damage infrastructure. But these platforms are built to withstand these storms, and have done so for decades. When repurposed, the platform is able to use its wave-busting muscle to support synergistic activities, and the fish net pens can be submerged to avoid the waves.

The ultimate goal is sustainability, meaning to produce more goods and services from the ocean with a smaller environmental footprint than is required on land or in coastal waters. 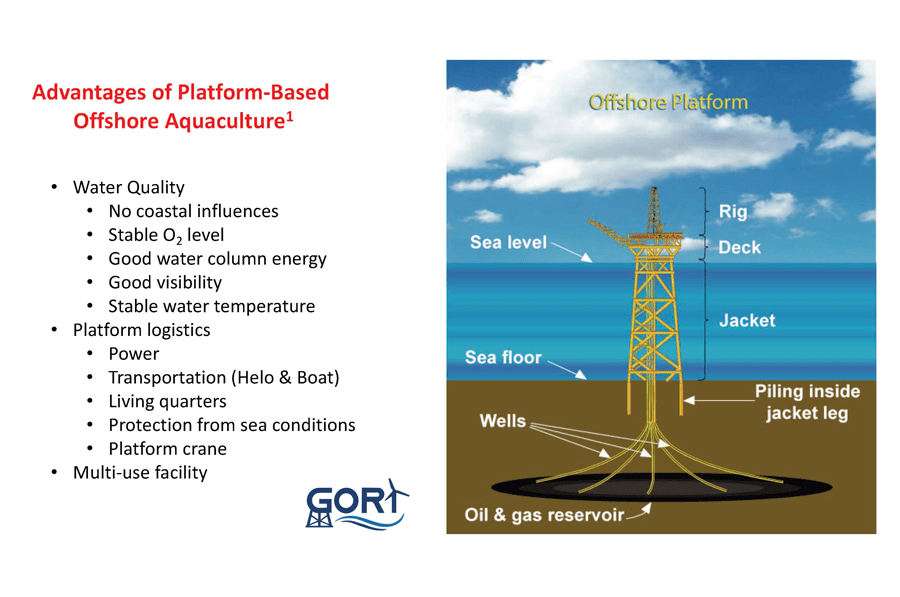 Because retired platforms sit atop large, now-empty production zones, this entire infrastructure makes them ideal CCS sites. Their longtime production history provides extensive reservoir data from which CCS engineers can learn about the zones’ size and capacity, configuration and geology, all of which will speed the evaluation process.

Some updates will be required to switch to CCS handling, including metallurgies, valves and other mechanical components. While outer linings could certainly be reused, inner liners would require testing for corrosion resistance, pressure tolerance and joint integrity.

GORI is currently working with two offshore oil and gas operators, with a total of six retired platforms, to permit those units for alternate use. This effort will include a study assessing the feasibility of utilizing the platforms and their depleted oil and gas reservoirs for CCS.

Using macroalgae (seaweed) for renewable fuel provides a number of advantages over land-based crops. It requires no fertilizer, pesticides or water extracted from dwindling onland aquifers. Seaweed can be fermented with little to no pretreatment. All those things add to its economic feasibility. On the environmental side, its CO2 emissions during combustion compared to CO2 uptake during growth are favorable.

The DOE believes this plant could produce up to 10 percent of the nation’s transportation fuels. GORI has completed a preliminary design for a platform-based offshore seaweed farming system.

All this is actually just a start. Other uses could include education and eco-tourism, wind and wave power generation, using that power to bust H2O into green hydrogen and more. Reusing these platforms saves millions in construction costs for whatever entity adopts them, smoothing the way to economic feasibility. 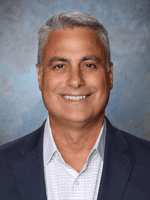 Kent Satterlee, III, is executive director of the Gulf Offshore Research Institute (GORI). The Mission of GORI is to provide access to offshore oil and gas platforms in the Gulf of Mexico for conducting marine monitoring, energy and environmental research, science education and training (MMEERSET). The MMEERSET station(s) will enable real-time data and communication toward the goal of enhancing the Gulf of Mexico ecosystem and its benefits to the coastal region.

GORI is working to repurpose offshore platforms for energy and marine-related purposes such as CCS, ocean energy and hydrogen, offshore multi-trophic aquaculture, and harvesting of rare earth minerals. For more information, visit www.gulfoffshoreresearch.com. 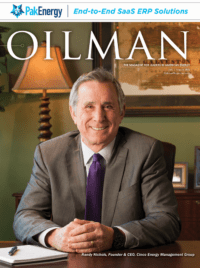 Letter from the Publisher (July-August 2022)

Petrochemical Automation Evolves with Smart Eyes in the Field

All Roads Lead to Energy

How Are Digital Technologies Helping Reduce Emissions in Oil and Gas?

Energy Security Fears and the Hidden Complexities of Drilling Rigs

Booming Business – A Burden on Safety?

A Red-Hot Welder Becomes a Champion Forged in Fire

Fishing for a Purpose: Refitting Offshore Platforms to Transform the Planet and the Economy