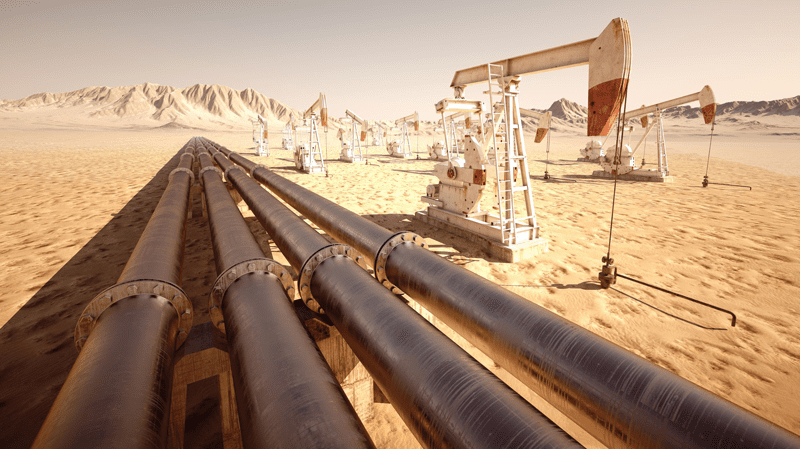 In today’s modern and more-complex-than-ever oil and gas fields, pipelines are the backbone of the industry. Pipelines allow for the most efficient transport of gas and oil, eliminating costly and environmentally unfriendly trucks and rail cars to get the hydrocarbons from points A to B. As the digitization of the oilfield is now more prevalent than ever, pipelines are seeing many improvements that software and technology such as artificial intelligence and big data analytics can offer. As pipeline systems become more complex, so does engineering and developing new systems. In this case, specialized software for designing and engineering pipelines is also becoming more and more prevalent among engineers.

The number one reason companies are adding these technologies to their pipelines is simple: safety and security. Much of the pipelines in the oil and gas industry are located in some of the world’s most harsh and dangerous climates. Attempting to have these remote pipelines monitored 24/7 by people, is just not feasible. This is where technology can step in and help out.

Pipeline monitoring systems are rather complex and consist of multiple interconnected systems, which can continuously monitor remote pipelines through equipment that allows modeling such as flowmeters and valves and sensors. The next component in this system is Artificial Intelligence. AI can be used to detect and alert the system’s human operators to potential issues such as leaks, corrosion, damage from extreme cold or terroristic activity. Additionally, these pipeline monitoring systems allow operators to capture and analyze remote operations through image analytics. Finally, it adds an increased intelligence factor by predicting and optimizing pipeline maintenance and integrity in remote places, where humans might not often tread.

More often than not, you would get some kind of trigger that sets off an alarm, which was nothing. Back in the day, companies had to send a team out to investigate the matter. It usually turned out to be some animals running around setting off the vibration detecting sensors. Well, you do this enough and people get tired of going just to keep finding the same non-issue. Which is why we are really happy to have camera systems and even drones in place. The drones can confirm if there is a real reason to send a team out. Smart pipelines have been able to reduce wasted time and generally saves companies millions of man hours.

To make the AI work, a pipeline needs to have sensors. Many times, sensors are just tossed into this general catch all, but that is far from the case. On pipelines, there are vibration detectors, accelerometers, ultrasonic detectors for flow analysis and imaging. Tie all this technology together with AI and the system will do things that it was never able to do before, providing a complete and comprehensive pipeline monitoring system. With AI integrated into this system, the days of reacting to alarms are coming to an end, because the AI is able to react and take the proper steps to fix the problem.

Back in the day, there used to be people with radios driving around in trucks all day, going from well to well or different sections of a pipeline to be able to convey instrument readings back to central. Now we can get that data directly from the sensor or device. No more pick-up truck data round up.

As the pipeline itself grows into a more complex system of sensors, AI, big data, etc., it is important to recognize that today’s pipeline systems need to have much forethought and planning in order to be successful and to prevent, leaks, bursts, explosions, etc. Building a system from the ground up requires computer aided drafting software, which allows engineers to build better pipelines with more complex systems. This kind of software focuses on namely:

All of which are factored into the design and development via specialized pipeline engineering software. Now it is extremely important that new pipelines and the facilities they connect are designed in accordance with all applicable government regulations, operating company requirements, and approved stakeholder requests. The interdependency between these entities, as well as strict mechanical tolerances, make it increasingly important that all engineering, design, and drafting work is performed to the highest standards. This is now why it is essential that new pipeline networks are designed with software, in order to meet the myriad of requirements that go into constructing a pipeline.

Smart Pipelines Are The Future

As the oil and gas fields have been growing at a rapid rate, it makes sense that pipelines provide the quick, reliable, and safe transit needed to ensure hydrocarbons get where they need to go. Technology has allowed pipelines to become more interactive and responsive by using AI and a plethora of sensors to ensure the safety of the pipeline and the oil or gas that it carries. Moving forward, it will be hard to find any new pipelines that will not have this kind of technology because it saves time and money and allows workers to do other things, which drives up efficiency in the oilfields and has a positive effect on the bottom line.