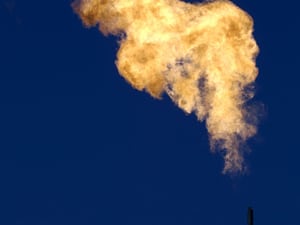 Another two companies within the oil and gas sphere have revealed their plans to merge. FMC Technologies Inc. and Technip SA, based in Houston and Paris, respectively, officially announced their intentions to merge on May 19.

In the hopes of reducing costs and increasing profitability, the companies will combine to bring together their specialized skills. FMC has a focus on subsea systems, while Technip is an engineering and construction based company.

The companies previously worked together in June of 2015 to start a joint venture known as Forsys Subsea, a company specializing in subsea development and well-performance maximization. Forsys claims it uses the expertise of its parent companies to provide optimal production opportunities while reducing costs associated with the development and operations of subsea drilling.

The merger follows the failed attempt of the Baker Hughes and Halliburton merger, which was to be finalized in April but was instead met with opposition from antitrust authorities in various countries. In a May 19 interview with Bloomberg, Bill Herbert of Simmons & Co. said: “The Halliburton-Baker transaction was a multifaceted transaction encompassing classic consolidation of several overlapping competitive product service lines.” These “overlapping” business offerings led the antitrust agencies to believe that allowing the two to merge would create an unfair competitive advantage for the newly merged company.

FMC and Technip, in contrast, should have an easier time receiving approval for their merger from antitrust authorities. Herbert, when speaking of FMC and Technip, said “They’re completely different animals. There is no overlap whatsoever.”  FMC and Technip do not operate in identical areas within the oil and gas field. Therefore, the two companies’ complementary business focuses will alleviate any antitrust concerns.

The new company, TechnipFMC, is to be valued at about $13 billion. The merger is expected to be completed early next year.