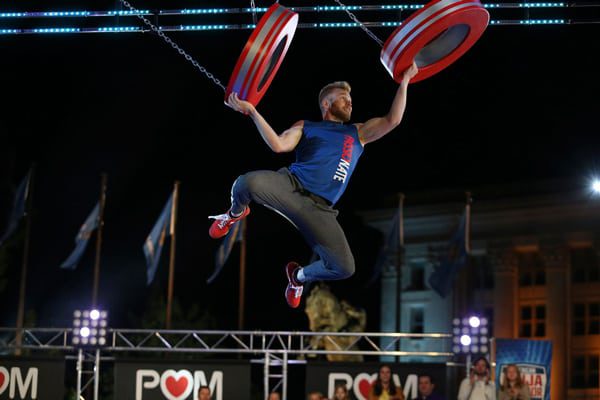 Nate Burkhalter, a three-time American Ninja Warrior contestant, is a prime example of how not giving up will eventually yield positive results. Nate works full time for Exxon as a production engineer,  but he also finds the time to train for the gameshow American Ninja warrior. In addition, Nate is dedicated to volunteering his time to help struggling communities around the world. Juggling all three of these roles is certainly a challenge, but Nate manages to balance his lifestyle in a way which ensures success in everything he does.

Nate’s interest in volunteer work began six years ago when he became involved in various faith-based volunteer opportunities such as medical missions, home-building, and disaster-relief. After a few years of working with various organizations, Nate became familiar with a group called Living Water International.

Living Water International is a non-profit organization that works to enable access to clean drinking water for areas of the world that are in desperate need. The organization was started in Houston, TX in 1990, and it has since blossomed, having completed a total of more than 17,000 water projects.

When Nate found out about Living Water, he realized instantly that his “subsurface skills and engineering skills would fit right in” with the drilling of fresh water wells. In addition to assisting with fresh water drilling operations in areas of the world that need it, Nate now advocates and fundraises for these projects in order to raise awareness for people in need. American Ninja Warrior is one outlet where Nate is able to share his story and spread the word about Living Water International and the many people in need throughout the world.

American Ninja Warrior is a competitive game show that attracts an array of competitors to attempt to complete the notoriously difficult obstacle courses which demand tremendous agility, speed, and strength. Nate told OILMAN Magazine that when a friend showed him the game show via a YouTube clip, Nate  “instantly was hooked” and decided “I’m doing that.” He found a local gym in Houston that prepares athletes to compete on the show and has since been attempting to make the cut for the show for the past three years.

After two years of not making the show despite intense training and camping out for days with dozens of other contestants, Nate finally hit a breakthrough this year. He successfully completed the course and was a featured spotlight on the show, a privilege not all competing candidates receive. He was also chosen to compete on a new version of the show, called Team Ninja Warrior.

Nates inspirational story of perseverance is something that he wants to share with all his fellow employees in the oilfield. “For the oil environment, we are in right now, we see a lot of people that have lost their jobs…a lot of people are kind of losing hope.” Nate shared his story with Oilman with the hope that others will see the power of perseverance. “I’ve gone through two years of losing or failing at my dream of being on this show… and I didn’t give up. I want to remind people that whatever it looks like for them… try to persevere.”