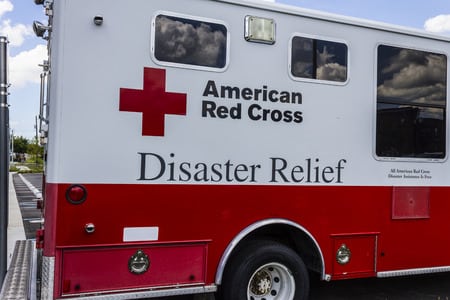 American Red Cross and various other relief groups operating in Louisiana to assist with flood-ravaged communities have received aid from an unlikely source. Exxon Mobil Corp., Shell Oil Co., and Motiva Enterprises LLC. have all pledged a total of $1 million of support for the regions.

Rhoman Hardy, General Manager of Shell’s Geismar Chemical Plant said in an Aug. 19 statement: “These floods have devastated thousands of people in our community, including many Shell employees. Our hearts go out to everyone touched by this tragedy.”

Louisiana Governor John Bel Edwards enacted a state of emergency earlier in August as parts of the state were ravaged by severe flooding and the accompanying damage. Tens of thousands have lost their homes and 13 people have died.

“We hope that this donation will help provide some relief to Louisianans as recovery efforts begin,” Exxon CEO Rex Tillerson said in an Aug. 19 statement. “Our thoughts and prayers are with our friends and neighbors in Louisiana who have been impacted by storms and severe flooding in the region.”