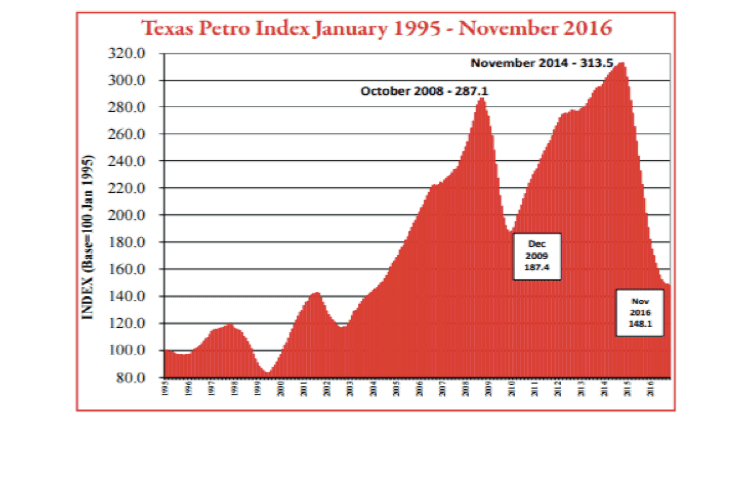 Texas Petro Index (TPI) announced today that upstream oil and gas activity in Texas ended its 24-month-long contraction in December. TPI is a composite index based upon a comprehensive group of upstream economic indicators. The index peaked at a record 313.5 in November 2014 and fell to 150.6 in December 2016, up from 148.0 in November.

“This is the moment we’ve been waiting for,” said Karr Ingham, the economist who created the TPI and updates it monthly. “It is good news for the industry, for the Texas economy, and for many communities around the state that are strongly connected to the oil and gas exploration and production industry.”

“By the end of 2016, every indicator that makes up the TPI had turned the corner, with the exception of natural gas production and the number of oil and gas wells completed,” Ingham said.

“It’s been a bloodbath, frankly, but better days are ahead in 2017 after two years of sharp contraction, job losses, and downward pressure on the statewide and regional economies of Texas,” Ingham said. 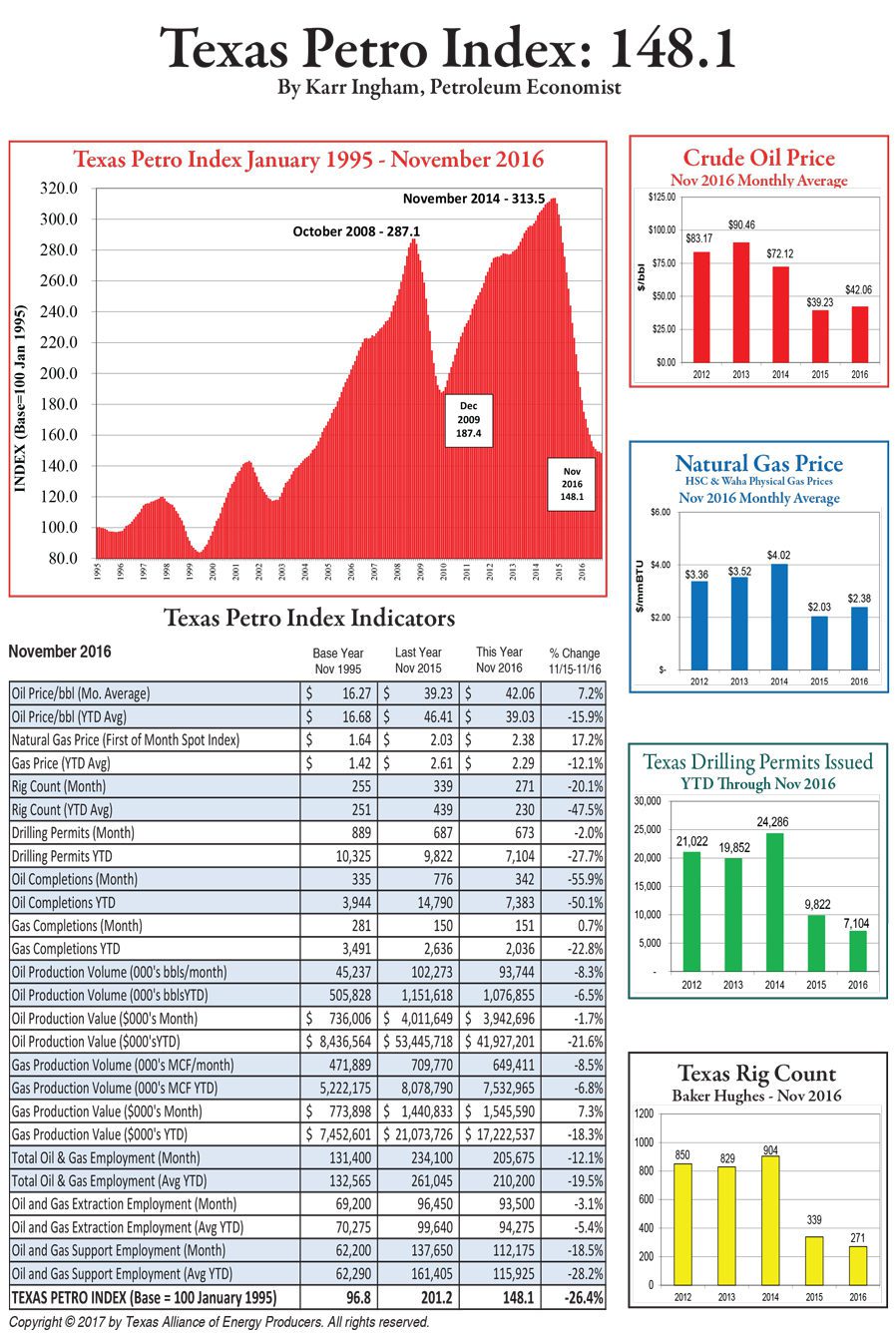